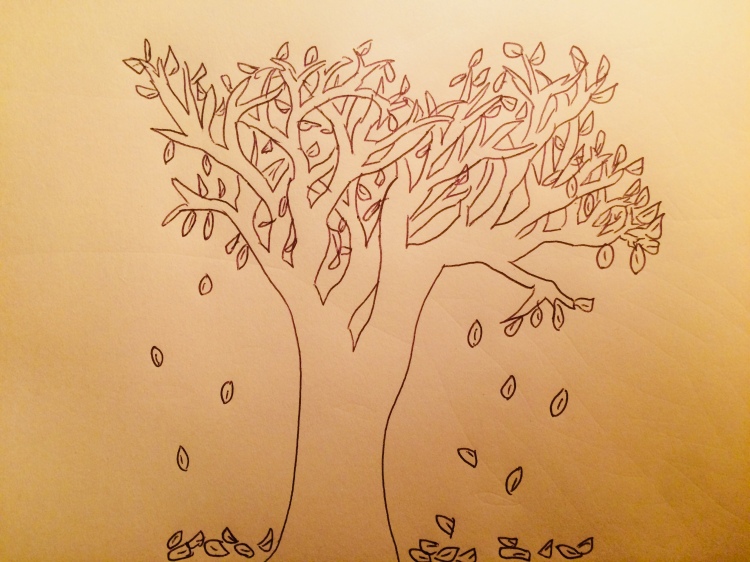 the first twenty-one years of my life were lived in indiana and then massachusetts, where each year at this time, the foliage began an explosion of color and the air turned crisp like the apples. for the last twenty years, i’ve called the temperate, somewhat seasonless, climate of san francisco home, but the autumn air is still my favorite, and i love detecting the little clues that mama nature leaves, showing the transitioning from summer into fall.

this fall, the autumnal experience of falling away has been heightened in my own life by loss. right around the time i would have normally written my september newsletter, two deaths in my close circles stopped my usual flow and created a spacious pause from which i am now beginning to navigate anew.

the first came as a total surprise when a dear friend very unexpectedly lost her newborn infant due to complications in childbirth. sage, the name our friends gave to this precious little girl, breathed on this earth for just a few hours. her death brought up within me, and our community, shock, confusion, anger, deep sadness and ultimately total humble surrender to the mysterious forces weaving together life beyond any of our control.

all births, like all deaths, bring us to our knees in surrender that life’s power resides beyond what our minds can micromanage or really, even comprehend. and when the gap between the two is so devastatingly short – we have no choice but to throw in the white flag and ask for grace and trust to go forward with faith.

a few days later, while still processing the gravity of sage’s passing, a less surprising, and perhaps more digestible, loss came with the peaceful passing of my 94 year old grandmother edna. she had been ready to go for years, after a long and full life of service, creativity, devotion and deep love for her family and her faith. she left me with so many gifts, including a dedication to writing, song, art, service and witty wordplays. on her final day on earth, she was surrounded by family singing the songs to her that she’d composed earlier in life. when she transitioned at the auspicious moment of 11:11, with her children by her side, there was a deep sense of peace in all of us connected to her.

and yet losing my mother’s mother, my last living grandparent and the woman whose womb was the birthplace of the egg that came to create me twenty-six years later, has shifted the tectonic plates of my psyche in ways hard to express.

that initial week after both deaths, and somewhat even still now, my mind was fuzzy, dancing between the worlds in that liminal space where the veil is thin and sometimes even lifted.  words were often at a loss and life’s been feeling a bit like the empty branches of late fall, waiting dormantly through the winter and into spring when new life will emerge.

every season has shedding, of course – the kind we choose and the kind we have no choice around. but autumn especially reflects a spaciousness, pause and a reminder of that all that we are losing now will turn into the composted riches of next season.

in a couple of weeks, i embark on a month long journey to asia, knowing that as i explore indonesia (a land i’ve never seen) and japan (a land i’ve visited before, that my mother was raised in and that grandma edna and grandpa harold spent nearly four decades in), that both sage and grandma edna will be traveling with me – guiding me from the unknown, through the unknown.

on this equinox, whether you are grieving, growing or both simultaneously, may we each harvest the gifts left in the spaces of loss, and be guided gently toward all that life is readying us for.