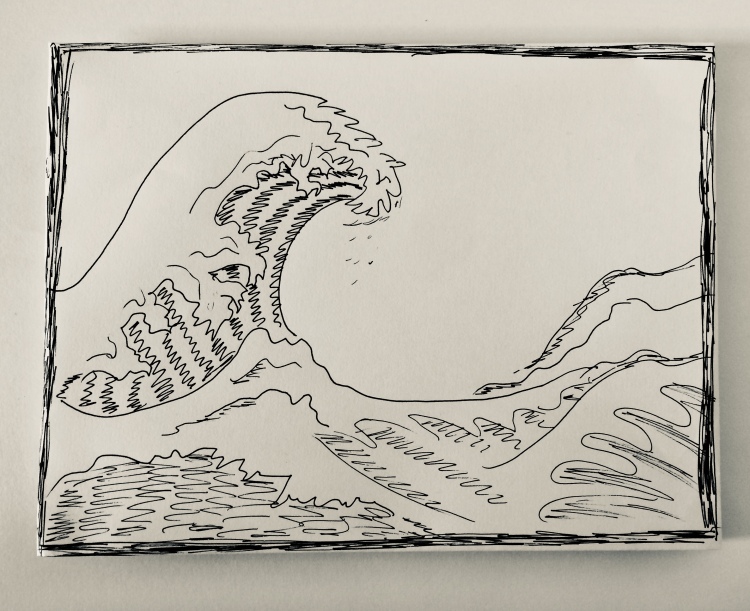 being overseas, mostly offline except for uploading some photos now and then – immersed in mama’s nature’s radiance and in relationship with so many beautiful, powerful souls, for an entire month was a sweet and rejuvenating respite.

my time, in both indonesia and japan, was rich beyond measure, and i’m still integrating at a body and soul level. i won’t try to summarize it all here, and instead happily share more in person for anyone interested. (but i’d be remiss not to tell everyone that if you ever find yourself in nara, japan – hanging in a park filled with tame deer – make sure not to miss freshly made red bean mochi rolled in sesame powder exactly five seconds before being handed to you to eat. seriously the best thing my taste buds have ever experienced.)

right after returning home, still dreamy with jet lag, i began my slow reemergence to life in america by casting my ballot in the most engaged in midterm elections of my lifetime. the results, although not the blue tsunami that some of us dreamt of, included an inspiring number of historic firsts for women, people of color and lgbt leaders. this along with some of the close races in parts of our country that would have never have been close just a few years ago, are all death rattles in the patriarch’s lung and infusions of life into a new consciousness that’s emerging.

“another world is not only possible, she is on her way. on a quiet day, I can hear her breathing.”

perhaps the patriarch, commonly associated as dominance of males over females, is more nuanced and far reaching. the greek word “patria” literally means family, the idea being that one person (historically presumed a male) has dominion over the rest of the family. however, the literal word is not masculine in nature – it simply implies that one has dominion over the rest. a construct so deeply embedded in our psyches, it can be impossible to imagine a world that isn’t built on someone/something in power over us… it’s hard to find a time in history when the storyline hasn’t been set up this way… god having dominion over humans… humans over nature… one group of people over another…

women and other under represented groups claiming roles of power, in even greater ways than we saw tuesday, is a crucial step toward healing for where we are at this collective moment.  further out, i see the the next step toward wholeness beyond simply ‘someone else’ in charge, but an entirely new consciousness all together. i sense us ultimately moving from “dominion over” to being “in relationship with” (with our earth, with one another, with different parts of ourselves).

beyond any previous structures of equality or shared power… what is being birthed on this planet now is an entirely new lens from which we as a species begin to see all of life in relationship to each other – many threads in one interconnected weaving.

every cell in my being is already feeling this way of being coursing through our collective experience. but change, especially change that upends the building blocks of how life has been structured, can be scary and has its own timeline. so let’s not confuse the tight grip and loud bark of the patriarch as regression… this is a sign of progress. when someone, or an idea, isn’t ready to die, it doesn’t go down quietly.

during the women’s retreat i co-led in bali last month our manta was… “pause,  breathe, soften… love” perhaps these four simple steps are tools we can use to move with more grace out of the patriarch and into a more relational, interconnected way of being.

what would conversations around politics, or at work, or with your family… or even with yourself, look like if you followed these four simple cues? what if everyone first included a moment to:

pause (respond, rather than react)…

breathe (draw in energy from beyond yourself)….

soften (connect to your most flowing, embodied space)…

and love (speak and move from our hearts, rather than your mind)?

may we each pause long enough today to hear yourself… and the next level of consciousness… breathing it’s way towards us my friend.